Fourth Shah of the Qajar Dynasty 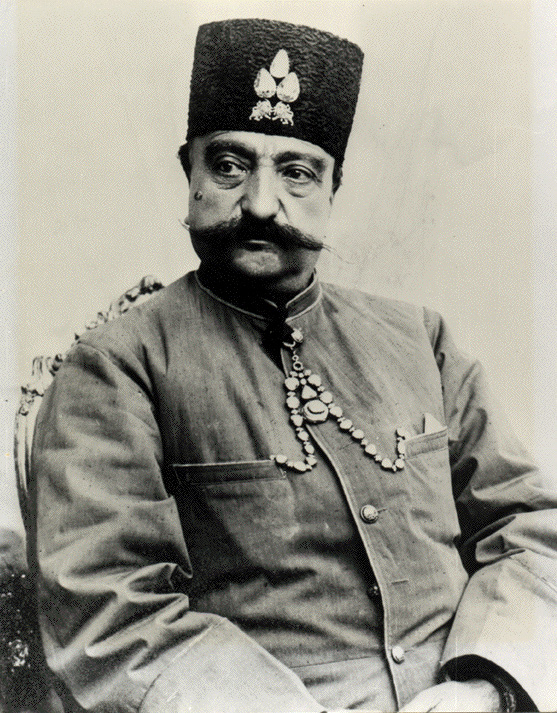 Nasser-ed-Din shah, the fourth shah of the Qajar dynasty, is, after his great grand-father, Fath Ali Shah, perhaps the most famous of the Qajar shahs. His reign spanned almost the entire second half of the 19th century. He came to power the year Marx published the Communist Manifesto, and died by an assassin's bullet the day after his 65th birthday in 1896. Almost all of what we associate today with the Qajar era and with the Qajar style comes to us from the period of his reign. He introduced Europe to Iran and Iranians, and brought back with him what he thought most beneficial to his country and countrymen. He was an avid student of Western politics and morals and hoped to see his country achieve the best of the West while maintaining its own distinct characteristics. Politics and circumstances did not allow him to see his plans through. By the end of his life he had lost much of his enthusiasm for hoped for reforms, and doubted that he would be able to achieve his goals for the country. He was killed at a moment in his life, according to eye witness accounts, when he had set out to restore with new vigor some of the goals for his country he had let slip in the years prior. His countrymen remebered him long past his death as the "martyred king."

Note: Nasser-ed-Din Shah initiated the spelling of the dynastic name "Ghaadjaar" in the Latin script as "Kadjar" and he would sign his name while on his travels in Europe thus. It is for this reason that the Imperial family retained this spelling for their dysnatic name from his time onwards to today. The British and American spellings for the family and dynastic names are "Qajar" however.