Third Shah of the Qajar Dynasty 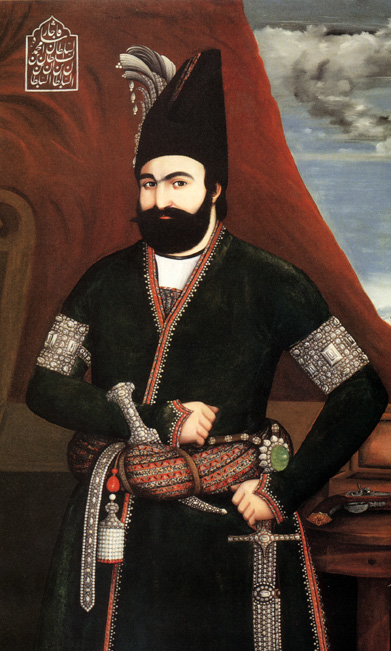 Mohammad Shah Qajar, son of Abbas Mirza Nayeb Saltaneh, is the grandson of Fath Ali Shah Qajar, succeeding his grandfather to the throne in 1834. The line of succesion devolved to him because his father, Abbas Mirza Nayeb Saltaneh, who was next in line for the throne, pre-deceased his own father, Fath Ali Shah Qajar, by a year. The ascendancy to the throne of Mohammad Mirza was challenged by his uncle Ali Mirza Zell-e Soltan "Ali Shah" who ruled in Tehran for 40 days and struck coins in his name. With the arrival of the young prince at the capital, Ali Shah did relent and Mohammad Mirza was crowned Mohammad Shah Qajar in 1834. He was a kind and gentle man by all accounts and, like his father Abbas Mirza, inclined towards the spiritual life. Also like his father he was forced to take to the battlefield for most of his time as king of Persia. He reconquered Herat for Persia in 1838, but was forced to relinquish his hold on it after three months because of British military pressure on his southern flank in the Persian Gulf. He suffered of gout most of his adult life and died of complications from it in 1848.