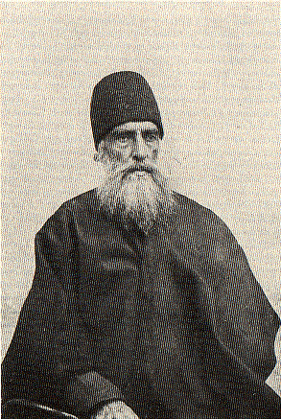 Ali Reza Khan Qajar (Kadjar) (Amir Soleymani), Azod-ol-Molk [pronounced "Azdelmolk"], was head of the Qajar (Kadjar) tribe when he was asked to be the Regent for the young Ahmad Shah, who had to accede to the throne when his father was forced into exile by the combined force of Great Britain, the Constitutional Revolution and the tempest he had unleashed and could not control any longer. Soltan Ahmad Shah accedes to the throne on July 18, 1909. Azod-ol-Molk remains Regent until his death in office on September 22, 1910. He is succeeded as Regent by Abol-Ghassem Khan Gharagozlou, Nasser-ol-Molk, who was regent from 1910 to 1913, until Soltan Ahmad Shah reached majority. Ali Reza Khan was a man of great integrity and fiercely loyal to the Qajars (Kadjars).

1. Azdelomolk II, who died without issue.

2.5 Khanoum Shokou Ozma Fatemeh, married to Moshir-ed-Dowleh Pirnia. She had issue as follows: Davoud, Abol Ghassem, Vali Ollah, Mehdi, Bagher and Hormoz. They each had issue in turn as follows:

8. Mohammad Khan Zahir al-Saltaneh, whose son is Amir Arfa' Amir Soleymani, who had issue in turn as follows:

8.1.1 Malekeh Ghajar, who had two children; Khan-e Khanan and Abol. Abol in turn had issue as follows: Farhad, Bahram, Belina.

9. Amir Issa Amir Soleymani, who had issue as follows:

9.1 Amir Massoud, whose children are: Abdol Reza and Malek Iradj

9.4 Khanoum Ghods Azam, whose children are: Soheyla, Bijan, and Cyrus

9.7 Amir Ashraf, whose children are: Reza, Guity, and Roshanak.

Back to Qajar (Kadjar) Princely Families