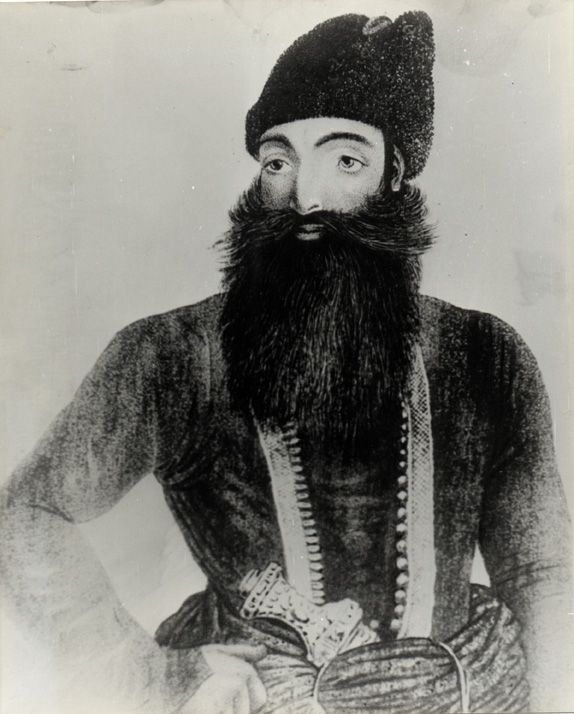 Without doubt, Abbas Mirza was Persia's most valiant prince, and a source of inspiration to all who followed. His grandson, Nasser-ed-Din Shah, displayed at first many of the characteristics of his illustrous grand-father, but not even he could embody what this unique prince so effortlessly exemplified. He was a military hero, a kind and just governor of Azarbaijan, a poet and mystic by inclination and temperament, and a great exemplar of the virtues most associated with the ideal of nobility: honesty, magnanimity, valor, loyalty, and goodness, almost to a fault. He died, some say, of a broken heart, at the actions of his father against him during his campaings against the Russians. His father's lot was to see this noble son die in 1833, before his own time came a year later.